our best
ideas come
from the
ground up 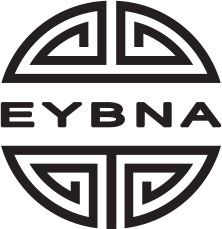 A groundbreaking company for mapping and isolating rare groups of phytochemicals in the cannabis plant. Eybna is conducting advanced research to understand the effects of certain plant components and to study their synergy (“Entourage Effect”), with the goal of developing the next generation of customized cannabis products. Moreover, Eybna specializes in the development and manufacture of natural formulations for enriching consumer products and among its customers are tier-1 international companies holding leading brands. 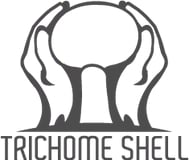 Specializes in R&D and manufacturing of innovative cannabis infused line of products for the medical & recreational cannabis markets, aimed to ensure a precise and controlled dosage of cannabinoids per use. TrichomShell’s revolutionary technology is already in licensed use by world-class cannabis manufacturers.

Seach Israel has been cultivating, perfecting, and supplying medical cannabis for over a decade. Seach Israel operates over 3.5 acres of fully automated, climate-controlled breeding and cultivation facilities, including an internal R&D lab and an extensive cannabis gene bank containing over 300 different cannabis strains.  Seach Medical Group’s home brand, NITZAN, is cultivated in Seach Israel’s farm and widely used by major players in the Israeli Pharmaceuticals industry, providing Seach with a prominent position within the Israeli medical cannabis market.

SHEIKH HOLDS A GREEK SUBSIDIARY TOGETHER
www.sarrio.com
A subsidiary of discourse that is the focus of knowledge and innovation in the medical cannabis world in Israel and around the world, works to identify and promote innovative medical cannabis technologies and promotes and develops the canary brand (oils and inflorescence) in global markets. Canary is one of the first medical cannabis brands sold in Israeli pharmacies under the new regulation. The company operates a technology

SHEIKH HOLDS A GREEK SUBSIDIARY TOGETHER
Cann10 subsidiary in Portugal. The company is currently working to obtain the necessary licenses for growing, manufacturing, marketing and selling medical cannabis in Portugal as well as exporting the materials to European countries. The company owns an area of about 8 dunams on which a plant with an option to
www.sarrio.com

SHEIKH HOLDS A GREEK SUBSIDIARY TOGETHER
Another subsidiary of Cann10, is working to establish a full ecosystem in the field of medical cannabis in Brazil that includes marketing of new cannabis products and technologies, conducting international conferences on
www.sarrio.com 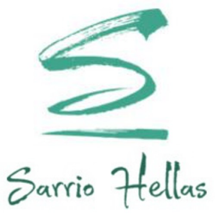 DELIVERING A NEW STANDARD OF MEDICAL CANNABIS TO EUROPE – FROM EUROPE

R&D-BASED CBD PRODUCTS FOR HUMANS AND THEIR PETS

A Netherlands-based company engages in the manufacturing, trade, marketing, clinical based researching, and distribution of CBD-based products, including its own branded line of products. The company currently works on product development and execution of clinical research in the field of CBD for animals.

Strategic collaboration between Seach Medical Group and “My Green Fields” farm in the north of Israel. Considered to be one of the largest and most innovative farms in Israel, with a production capacity of approximately 19 tons per year.

Strategic collaboration between Seach Medical Group and “Telcann” farm in the central of Israel. The farm was established and managed by the Telman family, who has vast knowledge and experience in the agricultural industry. The farm has a production capacity of several tons per year.

The first cannabis brand in Israel marketed by a pharmaceutical company, Rafa. Axiban oil, made from Seach’s raw material, is manufactured to the highest precision and in accordance with the highest production standards.

Scroll back to top